The Lost Boys at Luton Hoo 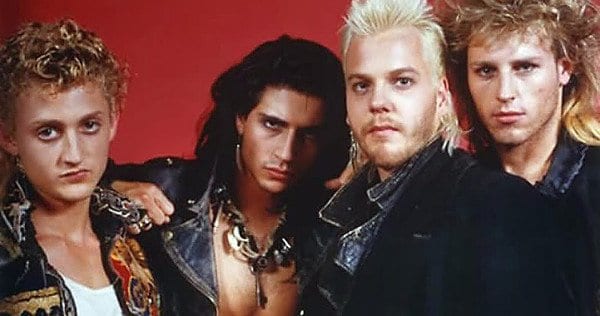 Vampires? At Luton Hoo? After Sundown? It’s The Lost Boys on the big screen with Sundown Cinema.  Teenage brothers Michael (Jason Patric) and Sam (Corey Haim) move with their mother (Dianne Wiest) to a small town in northern California. While the younger Sam meets a pair of kindred spirits in geeky comic-book nerds Edward (Corey Feldman) and Alan (Jamison Newlander), the angst-ridden Michael soon falls for Star (Jami Gertz) — who turns out to be in thrall to David (Kiefer Sutherland), leader of a local gang of vampires.

Once a stately home that played host to royal dignitaries, the Grade I listed Mansion House at Luton Hoo Hotel, Golf & Spa has been painstakingly restored to its former glory. The estate comprises of 1,065 acres of  stunning parkland including an 18-hole, par 73 golf course, a luxurious spa, opulent restaurant and Brasserie.  We’ll be building our cinema for the sixth year running amongst the geese and deer next to the lake.

Upgrade your stay to include a pre cinema meal at The 19th Hole or treat someone you love with an overnight stay with access to the Spa!

In common with all our events we do not permit glass to be brought on site.